Wen Lishi, male, a Brazilian alumnus, also known as Vinicius Mendes Ferreira, studied for a Ph.D. in Metallurgical Engineering in School of Resource Processing and Bioengineering during year 2007-2012 and later during the year 2011-2016 served as Chief Executive Officer of Companhia Vale do Rio Doce, the world's largest iron-ore producer, and exporter and the largest mining company in the American mainland, known as “the jewel in the crown” and “the engine of Amazon” 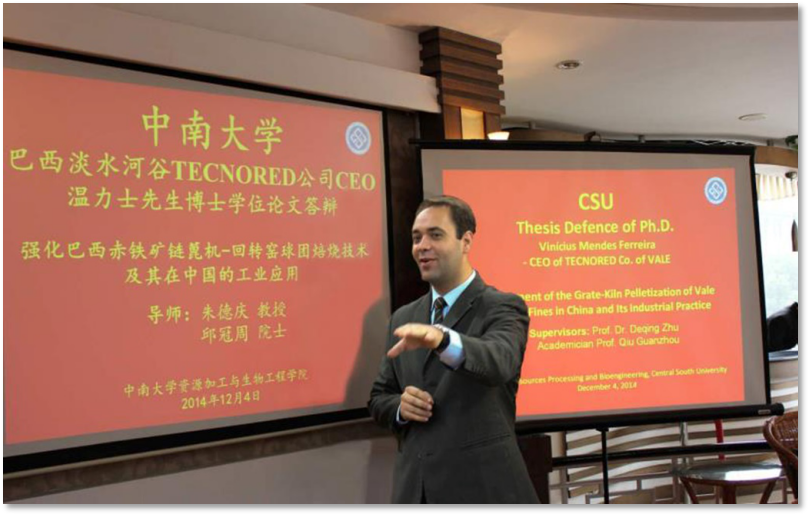