Jiang Wei, an alumnus of Pakistan, male, also known as Muhammad Usman Janjua, studied for the master's degree in internal medicine in Xiangya Third Hospital of Central South University from 2016 to 2019 and won the title of "outstanding graduate" in 2019. After graduation, he worked at Changsha Medical College as a foreign teacher of clinical medicine. After the outbreak of novel coronavirus pneumonia in Wuhan, he was the first foreign medical volunteer to apply for support in the Wuhan epidemic area. His heroic behavior was highly praised by our government and the media. It was reported by the international mainstream media, which vividly demonstrated the good friendship between the Chinese and Pakistani people and had a profound impact on the friendly exchanges between the people of the two countries. 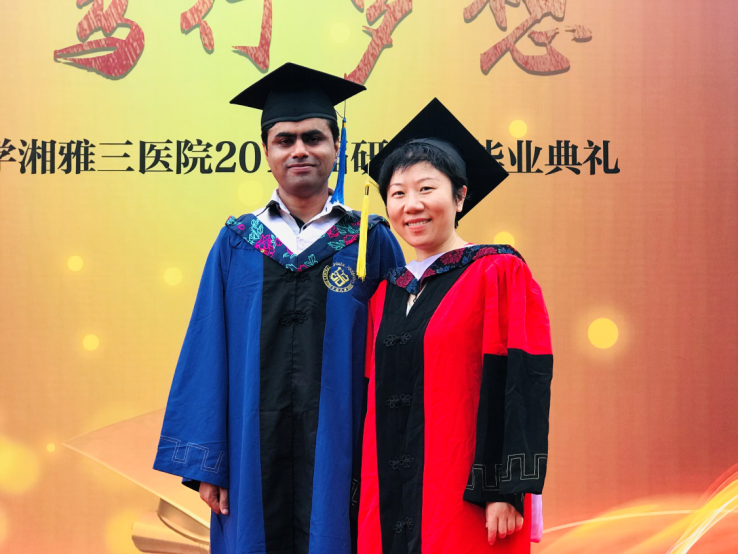 上一篇：Li Ru: A Rising Star in Printmaking
下一篇：CSU Signing a Memorandum of Cooperation with the Ministry of Health and Population of Nepal